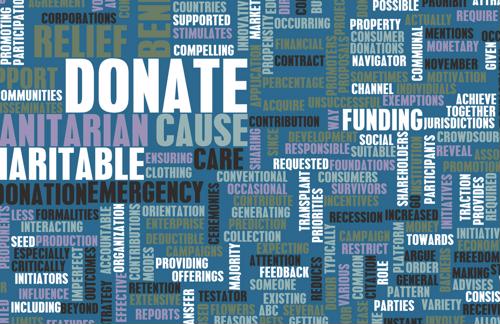 The Coin Laundry Association’s Clean Show is the perfect time for industry members to get together, network and learn about the laundry business. However, it doesn’t directly involve consumers, which is why the CLA paired with Tampa Bay-based non-profit Current to give back during the national conference, recently held in Atlanta from April 16-19.

The initiative, called the Laundry Project, works to provide clean, affordable clothes and linens for low-income families. At its core, the Laundry Project creates community centers inside the laundromats, offering free laundry, detergent, bags and other related services to community members.

“CLA pairs with charity to give back to Atlanta.”

While this recent project took place in Atlanta, it isn’t the first for the Laundry Project and Current. Laundry Projects have popped up across the U.S., and Current has also done community service abroad. In fact, Current founder and CEO Jason Sowell realized that the need for community service was just as great at home as it was in other countries.

“And when it came to giving back and what we could do, we realized that everyone has a need for clean laundry,” he told the Atlanta Journal-Constitution. “It’s a necessity that is often overlooked.”

Laundry Project takes hold in Atlanta
With that sentiment in mind, Sowell brought the Laundry Project to Atlanta during the Clean Show, with the help of local laundromats, business owners and the CLA itself.

The actual event was held at Sun Cleaners and two Tropical Breeze locations in downtown Atlanta, according to the AJC. Another contributor was Vend-Rite Manufacturing, which supplied the detergent, bleach and softener for the event. All in all, the idea was to provide a free way for low-income community members to do their laundry – a basic service that isn’t always available.

The turnout was a success as well. The AJC reported that 121 families attended across the three locations. In addition, 30 volunteers were on hand to help out, while the total number of loads surpassed 1,100. Not only that, but there was also free food, coloring books for kids and a raffle. All this took place over the course of a few hours on April 15.

“We really want people to volunteer and find ways to host more Laundry Projects throughout the city to continue giving back to our communities,” added Sowell.

Industry members happy to give back
The pairing of the Laundry Project and the CLA was a great opportunity for industry members to give back to the community. Current itself is a fantastic cause, helping wash more than 43,000 loads of laundry since its inception for roughly 4,800 families across the country.

Brian Wallace, president of the CLA, spoke to the AJC about the initiative and his organization’s involvement.

“Having clean laundry is a necessity and we are glad to give back to local families in some way through our industry,” he told the media outlet. “It really makes a difference to these families.”

While this is the first time the Laundry Project has been to Atlanta, it doesn’t have to be the last. Sowell expressed enthusiasm for bringing the charity back or contribute in other ways to the city. Of course, the same goes for other locations across the U.S. and the world.

Overall, clean laundry is a necessity that is often overlooked, but is still incredibly important. For many families, the pure cost of laundry can be too much, which is why giving back – especially through initiatives like the Laundry Project – is so important, and having industry members on board is a positive sign for more to come.