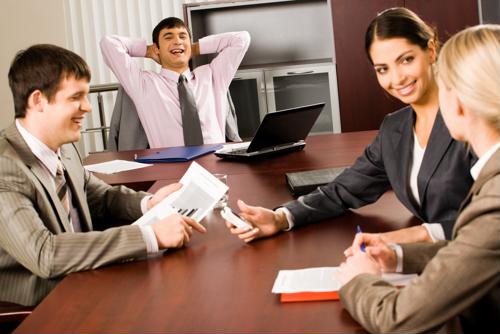 Creating the right culture at work can help employees succeed.

David Friedman is the author of the book Fundamentally Different and is also the Founder and CEO of High Performing Culture, LLC (HPC). His company helps organizations create, drive, and maintain high performing cultures, with a proven system that’s straightforward, practical, and easy-to-use. The principles that HPC teaches are based on the process he developed while serving as President of RSI, an employee benefits consulting firm headquartered in Mt. Laurel, NJ.

Here’s a simple but interesting observation: Every company has a distinct culture. In fact, every group of people that comes together regularly has a culture. This is as true for your company as it is for a group of golfing buddies or a Girl Scout troop or an athletic team. There’s an unwritten set of rules about how the group works – what topics are off limits, what’s OK to joke about, how things get done, etc. It’s simply not possible for there not to be a culture.

But did you ever stop to wonder where that culture came from or how it started? In most groups, the person in who has the strongest personality – the alpha person – exerts the biggest influence on the culture. While it may not be intentional, by sheer force of personality, this person tends to establish the group norms. And as new members join the group, they tend to follow those established norms (or leave the group) and the norms become more and more deeply ingrained.

Why does this matter? Well, absent an intentional force on your part, the same thing is happening in your company. The culture of your organization is mostly being dictated by those who have the strongest personalities – and they aren’t necessarily the designated managers, supervisors, and leaders. They’re simply people who have strong personalities. If these people are positive, enthusiastic, high-performing superstars, this will work out great. And if they’re not – if they’re negative, cynical, low performing people – it’s going to be a problem.

Culture by chance or by design?

World-class organizations don’t leave any of this to chance. They don’t hope the right culture emerges. No – they create and drive their culture intentionally. It’s simply too important to your success to do anything less.

If you’d like to learn more about how you can more intentionally create a high performing culture, just shoot us an email or give us a call at 877-HPC-5050.