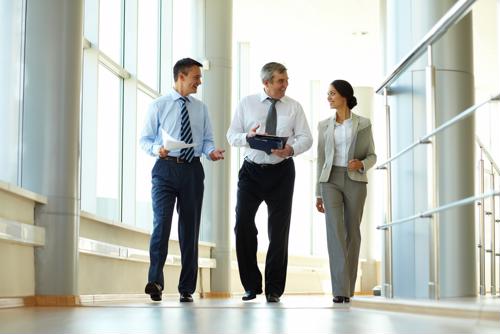 The Eastern Way: Fundamental #16 – Check Your Ego at the Door

This fundamental was written by Gee Chai. Gee plays an important role in Eastern Funding’s loan origination process. She has been with Eastern Funding since November 2013. Gee started out in Eastern’s documentation team, and in 2015, was transferred to our credit department. Gee is very diligent in her work and is an asset to our organization.

Don’t allow your own ego or personal agenda to get in the way of doing what’s best for Eastern. Worrying about who gets credit, or taking things personally is counterproductive. Make sure every decision is based solely on what’s best for the team.

I thought that writing this fundamental would be extremely difficult because I didn’t think I had one. In my mind, I associate having an ego with Kanye West because he is arrogant and profusely admits that he is better than everyone. That doesn’t sound like me, but that also doesn’t define what an ego is for everybody. In a broad sense, an ego is a person’s sense of self. It’s what you think you are. And to me, it makes me think I’m right most of the time. But I don’t necessarily mean it in the “You’re wrong” type of way. Being right means that you have all of the information and you are aware of the situation. I like to know how things work, so making sure that I’m understanding something correctly is crucial.

You might think that I would hate being wrong. Well, it’s true. I do my best to try to understand everything and have all of the facts, but of course I make mistakes too. When I was in Docs, sometimes I would get frustrated with funding a deal. When a deal is funding, it is similar to having an audit. If there are any errors, they will be written out, and then they will need explaining and solving; to me, that was a battle of facing my flaws head on and also defending my ego. Everything that is wrong is laid out in front of you. It’s natural to get defensive because your ego is telling you that you’re right, but this is where I learned that it’s not about me. I was able to shift my perspective and look at it from funding’s point of view; what they’re doing, it’s not personal. We all have the same objective and therefore it’s best that we check our egos and are able to admit our mistakes. I was able to use it as a tool because I looked at it as an opportunity to learn; I don’t have to make the same mistake twice.

A way to come out ahead from this is what David Friedman states in Fundamentally Different: we should learn to ask for help rather than being a martyr. By putting Eastern’s goals ahead of our own, we can accomplish more together by helping each other out in times of need. Because we all have the same goal, it doesn’t matter who is right or wrong; we are a team, and we are here for one another. In conclusion, we are all like Kanye West. Just kidding!

Next up is Fundamental 17 with Connie!