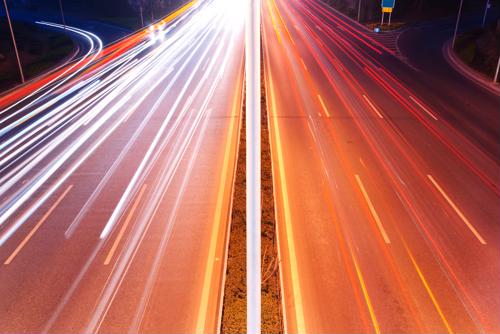 The Eastern Way: Fundamental #12 – Work with a sense of urgency

This fundamental was written by Juyoung Suk who has worked at Eastern Funding since 2007. Juyoung works in Eastern Funding’s loan servicing department and plays a vital role as the team’s leader.

Fundamental #12: Work with a sense of urgency. Work as quickly as possible, without sacrificing quality. Don’t put off till tomorrow what can be completed today. Get stuff done.

Things these days happen a lot faster than they did in the past. I used to hand-write letters to my friends and family in Korea. Now that e-mail and text messaging have made communicating faster, I only pick up a pen to write cards for birthdays and Christmas. (Come to think of it, I haven’t written using e-mail for long time either. My email accounts have become a trash can for spam.) Even at Eastern Funding, compared to a few years ago, customers are utilizing e-mail more and more. I see much fewer requests coming in from fax or by standard mail. People want things done quicker, faster and want a response right away. They don’t like waiting or interruptions.

I used to work at an airline before I came to Eastern Funding. One key thing that I learned from the airline industry was, “on-time operation no matter what.” There are two reasons why operating on-time was very important:

1. On time operation was promised to the customer

In the airline industry, revenue is generated when planes are flying, so the goal at the airline was to avoid delays at the airport and prevent losses. Delayed aircrafts are estimated to cost airlines several billion dollars in additional expenses each year. Delays require the airline to occupy extra gates and keep ground personnel a lot longer. Delays also impose costs on the airline’s customers, such as loss productivity and wages. In 2010, the Federal Aviation Administration (F.A.A.) published the results of a comprehensive study that showed costs and impacts of flight delays in the U.S. The F.A.A. estimated the annual costs of delays in 2007 to be $31 billion. Airlines are losing about $85 million a day because of delays.

Time is money. To accommodate requests from customers and achieve our goals for 2015 in this limited time, we have to work with sense of urgency without sacrificing quality.

Thank you for reading my take on this fundamental. Next up is Jennifer Lujan with Fundamental #13 – Honor commitments.