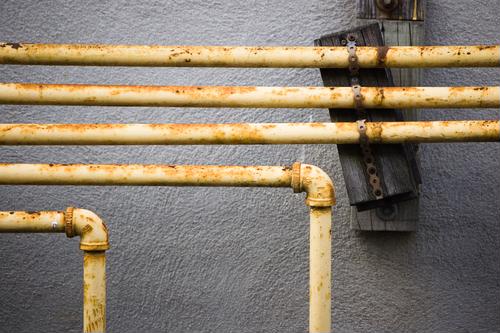 Changing the plumbing can be expensive for a laundry business.

In the western part of the U.S., where a drought has caused several issues for business owners, many homeowners are utilizing or considering a laundry-to-landscape solution. The strategy, also called “graywater treatment,” cleans the water used from items such as washing machines and dishwashers so that it can be reused outdoors for plants and agriculture that have not received enough rain.

For a commercial laundromat, operating a laundry-to-landscape service takes planning and resources. While reusing water can be a tremendous asset to the community at large, laundromat owners will need to determine if the time and commitment required to run a graywater system is worth it in the long run.

Cleaning clothes and growing plants
To operate a graywater system, a business will need to rework its current plumbing system. Instead of releasing water through pipes, the liquid will remain in the system to be cleansed and then reused. By installing a laundry diverter valve behind a machine, a business owner can send water through a pipe to its desired outdoor location.

This process can cost around $1,000 per laundry machine, the Santa Cruz Sentinel reported. Irrigation installer LeAnne Ravinale told the newspaper the process can be especially valuable for residents in California who have had a lack of water during the drought. Because the water is reused from a laundry machine, a business with a graywater system is likely to spend less on gardening and outdoor upkeep, while not needing to spend more on water for its washing machines.

“Graywater irrigation is part of the solution to conserving water,” Ravinale said. “I’ve reduced my water use by 20 percent just by hooking up my laundry. If everybody who has an appropriate site did it, that could really go a long way toward alleviating our water issues.”

Implementing a laundry-to-landscape solution can have long-term benefits for a business owner who wants to maximize his or her company’s water use. However the upfront costs must be considered to determine if the strategy is best for a commercial laundromat.

Complying with changing regulations
Rain has been historically scarce in California. From July 1, 2014 to June 20, 2015, 8.52 inches of rain fell in downtown Los Angeles, more than 6 inches below the annual average that dates back to 1877, the Los Angeles Almanac reported. The two years previous were both nearly 9 inches short of the yearly average rainfall.

“Graywater irrigation is part of the solution to conserving water.”

Because such little water has fallen, governments on the city and state level have been modifying how much water businesses and individuals can use. These rules have forced changes for commercial laundromat owners.

In Woodland, California, the city government is discussing an ordinance that would require businesses, including coin-operated laundry facilities, to use graywater treatment. Janet Hartin, a horticulturist from the University of California, told the Daily Democrat News that front-loading washing machines can save up to 25 gallons of water per load utilizing a laundry-to-landscape system. Top-loader machines have an even greater impact, saving approximately 40 gallons of water per load.

The drought in California has impacted laundromats tremendously. Adopting a laundry-to-landscape system could provide some savings, but it may not be the right business model for everybody.