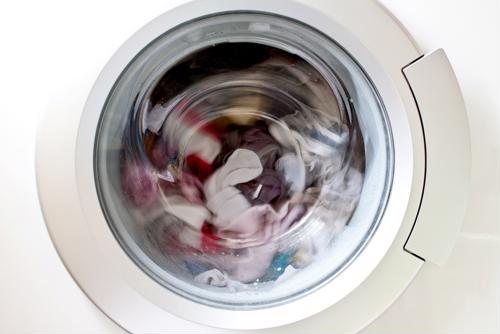 For years, the reason that many laundromats across the country saw people come through the doors every week or two to wash their clothes was simple: It was the closest laundromat to their homes. But these days, it seems that more things are being taken into consideration, and even well-established facilities are starting to do a little more to both retain their current customers and attract new ones.

For example, the World’s Largest Laundromat in suburban Chicago has sought to give patrons far more than just a traditional or even somewhat enhanced experience, according to a report from The Distance. In fact, it has pulled out all the stops: It’s now open 24 hours a day, 365 days per year (or 366 in leap years), and in addition to its roughly 13,500 square feet, 300-plus washers and dryers, it also has a small collection of live birds, a children’s play area, and other attractions.

But what seems to have been really effective in keeping people coming back time and again is that its large space helps it to serve as a de facto, unofficial community center, the report said. It regularly holds seminars on immigration for interested locals, hosts regular events, and even runs a summer reading program to help keep kids busy and learning over the hot summer months.

How successful is it?
The owners of this laundromat have conducted surveys of their customer base in the last few years, and about 1 in 4 say that they pass at least a few laundromats to come do business at World’s Largest instead, the report said. Many cite the feeling that they can do more than just go through the rote acts of doing the laundry.

“The idea is to respect their time,” Tom Benson, who owns the laundromat, told the site. “The average person spends two hours here. If you make that time somewhat useful to them, if they enjoy the time, if the atmosphere is good – and I think it’s very friendly inside here – they’re not going to feel bad about coming. You change something that’s pure drudgery – doing laundry – into something that’s enjoyable.”

While many laundromats simply don’t have the floor space to use all the bells and whistles World’s Largest does, they can certainly take a lesson from the loyalty aspect of it. If people are given a reason to come back time and again, they’ll usually do so.