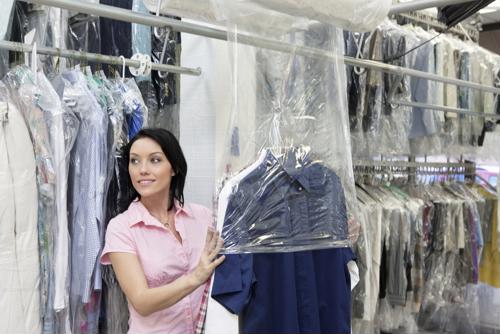 It’s often been said that dry cleaners can be something of a bellwether for the economy as a whole: When those types of companies do well, people are generally doing well. The unemployed often don’t need – and can’t afford – to dry clean their clothes all that regularly, after all. Certainly that trend may have continued in the month of February, as sales numbers were up in many parts of the country.

For the most part, dry cleaner sales were up last month in comparison with the same time period a year earlier, according to the latest American Drycleaner StatShot survey of business owners. The largest annual gain in this regard came in the Northeast, where companies in the field saw sales shoot up 3.6 percent overall. The Midwest was second in terms of growth, at 2.1 percent, better by half than the improvement in the West, of 1.4 percent. Only the South – which saw sales tumble 2.6 percent during the 12-month period – saw any sort of decline.

Still, though, even those in the parts of the country where improvements were observed are a little wary of just how sustainable it was, the report said. When asked to describe their situations, many used the term “unpredictable,” which may make it hard on some owners.

“Just when you think it is loosening up and getting better, we get hit with bad weather that causes loss of sales,” a respondent from Missouri told the site. “Still not seeing the quantity of dress clothing, seems it’s still a [casual] work force.”

Prices on the rise
Meanwhile, the average amount being charged to those rising customer bases is increasing as well, the report said. Prices jumped most precipitously in the West, where they were up 3.3 percent on average (with some dry cleaners reporting sharper spikes of 10 percent to cover the rising cost of utilities such as water). Meanwhile, the increases were far more modest elsewhere: 0.9 percent in the Midwest, 0.8 percent in the South, and just 0.5 percent in the Northeast.

These are certainly situations that owners will have to monitor continuously going forward, so that they can be assured that they’ve at least done all in their power to ensure they’re putting the best possible foot forward, even in the face of current market uncertainty.