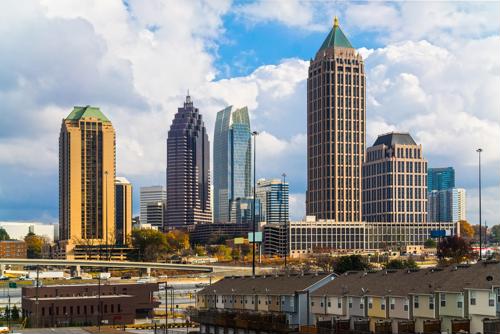 What to know about the 2015 Clean Show

If you are looking for the foremost convention for the laundry industry, then look no further than the 2015 Clean Show.

Once every two years, more than 10,000 attendees descend on the host city for a variety of booths, events and conversations regarding laundering and drycleaning. Representatives from a variety of segments will be there, ranging from drycleaning plant retail to health care, coin laundry, manufacturing and many more. The Clean Show is the best opportunity to network and learn about new trends, as well as the problems and solutions facing these industries.

Convention began in 1987
It is closing in on 30 years since the inaugural Clean Show, first hosted at the Georgia World Congress Center, according to American Coin-Op. Since that time, the convention has moved around, but the 2015 event is set to return to its original city of Atlanta.

Back in 1987, the sponsors for the Clean Show – officially known then as the World Educational Congress for Laundering and Drycleaning – included the National Association of Institutional Linen Management, the Institute of Industrial Launderers and the Coin Laundry Association, among others. American Coin-Op noted that the convention center and the show itself have undergone numerous changes, growing in size and taking on a whole new range of sponsors, exhibitors and attendees.

What to expect at the Clean Show
The 2015 Clean Show is the laundry industry’s biggest event of the year. It is the perfect time to learn about a whole host of new developments in the business, not to mention connect with professionals from all around the world.

“The Clean Show’s value is absolutely beyond compare,” John Riddle, president of the Clean Show’s management company Riddle & Associates, said in a statement. “Attendees can see the equivalent of 100 laundries running simultaneously with live steam, have access to several educational sessions taught by leading industry experts, and spend four days networking and finding everything they need to grow their business – and all for under $100!”

Once you arrive for the opening day at the Georgia World Congress Center on April 16, you will be greeted by a massive convention center filled wall-to-wall with exhibits. The best in the business will be set up to display their wares or talk with fellow business owners and professionals. The four-day schedule – set to run from Thursday to Sunday – will allow attendees ample time to explore and connect.

According to the Clean Show, the last event, held in 2013, saw 422 exhibiting companies over the three-day period. That convention was held in New Orleans’ Morial Convention Center, and there was a reported 4 percent increase in attendance compared to Clean Show 2009 as well as a 6 percent uptick over Clean Show 2011. You can also expect integrated social media and other tech tools to help you navigate this year’s event.

You will be able to find Eastern Funding in attendance when the convention finally gets underway this April. Feel free to connect beforehand for more information, as well as to sign up with us to receive our 2015 Clean Show survival kit!