New York City’s Department of Consumer affairs has pulled back from enacting stringent licensing requirements for laundromats in the city. Initially, it was proposed that laundries would be required to obtain a Certificate of Occupancy from the city’s Department of Buildings before they can be issued a permit to operate. The potentially devastating new rules went virtually unnoticed by most until a few laundry industry insiders started taking notice.

Eastern Funding, having many laundry customers in the New York City, area took a keen interest in the matter and approached Michael Shapiro, an attorney who has worked with many laundry industry participants, including Eastern Funding, for over 30 years and asked him to highlight the issue in a blog post. (Read the original post here). The post was shared on the Coin Laundry Association’s forum multiple times and seen by hundreds of laundry owners. Outreach by Michael and others to the city helped move the needle and eventually the rules were amended.


Below is an update from Michael Shapiro: 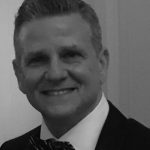 This summer the New York City laundromat industry was thrown into a frenzy when recently promulgated licensing rules threatened the livelihood of industry business owners.

My office alone had many discussions with the Department of Consumer Affairs and I am happy to inform you that just prior to Thanksgiving, the Mayor announced that the application requirements would be modified so that business owners can apply for new laundry licenses under the new licensing law without providing either a physical copy of a Certificate of Occupancy showing a use 6 or 16, or a letter of no objection.

Does this mean anarchy now reigns and any space can be opened as a laundromat? DEFINITELY NOT!

The SELF CERTIFICATION provisions do explicitly assert the business owner’s compliance with several NYC city laws ( if you didn’t go to law school you can access them on the DCA website) and have an all-inclusive responsibility for compliance with “All relevant, state and City laws which apply to my business”. FYI – you still need to be in compliance with NYC DOB so take care to do so in case these rules are changed again!

So…what if you self-certify compliance and your application is knowingly falsified? Page 5 of the application provides for  BIG monetary penalties, possible jail time and permanent revocation of your license.

Take care to make sure you are in compliance if you are self-certifying. You don’t want to be starring in the next “Orange is the New Black” explaining to your cellmate that you are doing time for lying on your laundry application.

Michael A. Shapiro, Esq. (Cornell University ILR, 1978; Hofstra Law School 1981) is a member of the Law Firm of Kramer & Shapiro , P.C.  Michael has been actively involved in the laundromat industry for nearly four decades having represented laundry owners and operators, manufacturers, distributors and industry lenders where he has built lifetime friendships, even with New York Yankee fans.