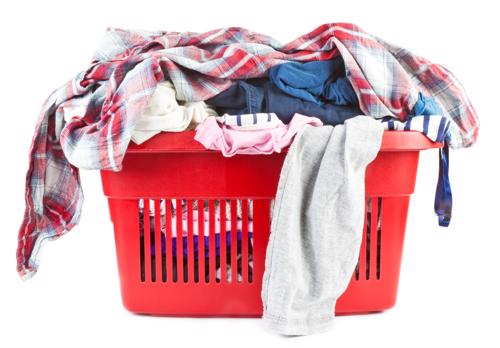 Delivery service was the next step for Angel Ramos’ chain of New York laundromats.

Angelo (Angel) Ramos served in the U.S. Marine Corps. in 1991, and when his service was done, he returned to his home in New York City. Ramos then decided to turn a childhood dream of owning a business into reality by opening Clean Action Laundromats.

More than two decades later, there are three Clean Action locations in the Washington Heights neighborhood of Manhattan. A pioneer of the 24-hour laundromat, Ramos introduced delivery service for Clean Action as another way to attract customers.

Recently, Ramos spoke with Eastern Funding about how the laundry business has changed since he started and why he felt delivery was a necessity in New York City:

Eastern Funding: Can you explain the history of Clean Action Laundromats?
Angel Ramos: It started in 1992; we signed a lease with the help of (two others). We picked a location; and then we built it. It took us a year. After a year of struggles—constructions, permits, all of that good stuff— we finally opened on Oct. 30, 1993.

EF: What gave you the idea for the business?
AR: Well as a kid, I was born and raised in New York City. I always used to play video games in Times Square; this was back in the 1970s. I used to come with my dad and play. And I’d say, “I’d like to own a video arcade to make money off quarters.” But I realized not everybody does it, and then I decided I wanted something deeper. So I said, “What is quarters and coin operated?” And wow, a laundromat. So I decided that if I ever got enough money, I wanted to own a laundromat. So that was my desire, which was born when I was at an early age.

EF: How has the business changed since then?
AR: From today’s point of view, I’m doing a lot of pickup and delivery service with Delivery.com. I just started that, and I see that is the evolution. Internet order, doing more work online, paying with credit cards—That type of sort of stuff. Being open 24 hours—People need freedom to come in and out at the time they desire.

It’s like the laundry room should be open in your house to do laundry when you want to go and do laundry. People work at night, New York City is a 24-hour city, it’s the city that never sleeps. So there is all types of shifts going on here in life, so we are open 24 hours. That is something we have evolved also. I was one of the pioneers in my area to create a 24-hour laundromat. We did that almost 24 years ago.

EF: Why is delivery so important in New York City?
AR: You know something, I never wanted to make it a delivery business because I had a great group of clientele who loved our service. I had customers close to me because I have high-rises all around me. But three years ago, things changed in the city with the bad economy. We lost a lot of people.

This time around, as they all are coming here and they are here already, the people are working more. Manhattan has become more professional somehow, with people eager to do more. And people are busy with their life, so I realized, a lot of people want that service.

Fresh Direct enlightened me. I said if people can order food shopping online, that’s really dedicated and complicated. So I said, it’s time to do laundry. People must be dying for laundry delivery. Groceries you just bring up, laundry you have to bring down and bring up again. It’s a heavy bag. So I said it’s just time.

I tried delivery about 10 years ago, but it didn’t work well. People didn’t schedule online, it didn’t help me. Scheduling deliveries back and forth was uncomfortable; there was not computer systems or apps to help you track it. Now with Delivery.com and other apps, it’s so simple. So I jumped in, and here we are.

EF: So has it helped business?
AR: We have been working on it, and once we launched it website-wise, we have been getting hits left and right.

EF: What factors were important in designing the website?
AR: It was very important to keep it simple and efficient, in my mind, and make it easy for the customer to use and navigate. Touch here, touch there, place an order quick and get it out of the way.

EF: Will delivery continue to be a big part of Clean Action’s business?
AR: I do see it continuing to grow, big time.